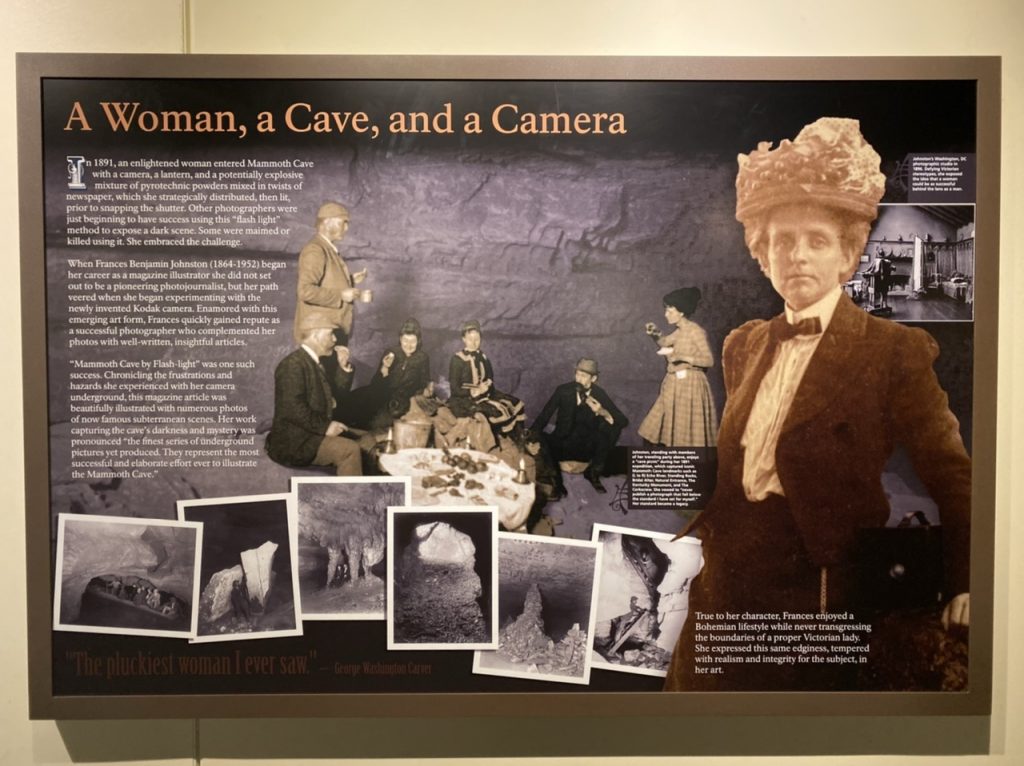 A poster from the Mammoth Cave Museum that includes Johnston’s story, pictures of her caving crew, and some of her cave photography

Frances Benjamin Johnston became interested by photography in the late 1800s and started her
career as a successful photojournalist. This poster located in the museum at Mammoth Cave, describes the work she did in pioneering cave photography with her series “Mammoth Cave by Flashlight.” The poster touches on Johnston’s “Bohemian lifestyle,” but fails to mention the specifics: Johnston’s lesbianism and longtime relationship with a woman, Mattie Edwards Hewitt. Johnston’s success throughout her life demonstrates that LGBT women can succeed just the same as men, and sh inspired many women to join the fields of photography and journalism. 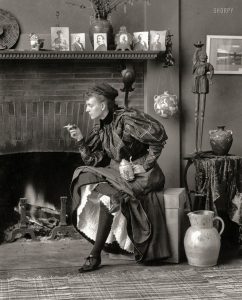 Frances, smoking a cigarette, holding a pitcher of beer, and showing off her legs 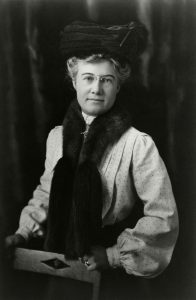 An example of Johnston’s portraiture that just so happens to be a picture of her long-time parter in life and photography, Mattie Edwards Hewitt